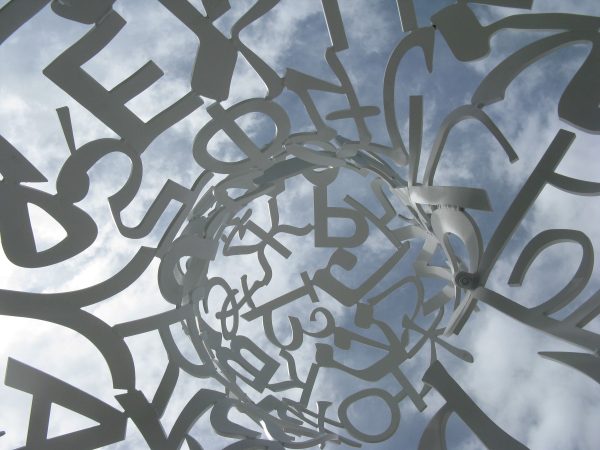 On what we call Good Friday, Jesus of Nazareth was crucified and most of his closest followers seem to have gone missing.  But by the time the Jewish Festival of Weeks came round, 50 days later, they had regrouped and become reinvigorated, and Simon Peter performed one of the most impressive acts of stepping up to a leadership role in history.  Something had happened to convince them that what they had been a part of with Jesus was so huge, so transforming, so vital, that saying “it was good while it lasted,” and going back to their previous lives, simply wasn’t an option.  And if they hadn’t made that decision, Jesus of Nazareth would just have been one more good man whose memory lasts for a generation, and then fades.  As it is, we are going later on this morning to remember Jesus in our communion, as will millions of others around the world.

So what did happen to make “Jesus is alive!” their reality?  We can never really know, but we have heard two of the stories earlier in the service.

It is clear that the risen Jesus was not like a normal human being as he had been during his ministry.  In both these stories he either appears or disappears in an apparently supernatural manner.  In one story he is able-bodied and healthy, in the other he is nastily wounded.  Different aspects of the resurrection stories appeal to different people.  Some relate to the Jesus who walks along the road with them and talks to them.  In this troubled world, others are very moved by the image of the risen Jesus still bearing the wounds of his crucifixion.  Others feel more like Mary Magdalene, that they would love to hold him but he eludes their grasp.  Yet others are more impressed by the Jesus who confronts Saul on the road to Damascus, speaking to him out of the lightning.  It is always one of the joys of the Bible that alternative ways of seeing things are already part of the story.  However, it is one of the problems of people that we would often like certainty and simple answers where they don’t exist, and sadly the exact nature of the resurrection has been a source of dispute, division and violence among the followers of Jesus over the centuries.  In the early years of the church, the understanding of the resurrection was clearly a matter of debate, but it seems that by the third century AD the group who insisted on the physical resurrection of the body were in the ascendancy; hence the line in the Apostles’ Creed “I believe in ….the resurrection of the body.”  But the question was not closed, of course, and the increase in scientific knowledge over the last 200 years has led increasing numbers of people back to the view that the resurrection was a spiritual phenomenon, universalising the message of Jesus, and the idea that the spirit of Jesus reinhabited the body which had been crucified is not plausible.  This is still a view which arouses heated opposition among   traditionalists, and the story of Thomas has been used as a stick by them to beat people with.  You have to set aside your questions and doubts and believe, they say.

But belief is not something that can be summoned on demand.  Yes, you can suppress doubts and ignore real questions and contradictions, but life generally teaches us that this is unwise.  Certainly some of the biggest mistakes I have made in dealing with people have come when I have ignored doubts I had about them.   A number of people here are scientists who are trained to proceed on the basis of credible evidence, and the sort of God insists on belief in the incredible is a God to be argued with.  When any theology starts to propose a God who requires unquestioning obedience to an authority, the alarm bells start to ring.  You can assent to a statement, but what shows where your values really are? Surely it is what you do.  Jesus didn’t say, “believe six impossible things before breakfast.”  He said, “follow me.”  He also said, “by their fruits you will know them.”  Jesus has called us.  He has called us as we are.  If we have doubt, God is big enough to take it.  If we have questions, God understands why we have them.  We don’t have to come up with a watertight theory of what happened in Palestine 2,000 years ago.  What we have to do is feel the doubt, live with the unanswered questions, but follow Jesus anyway.

A Song: Ask the complicated questions